Have you ever been to Iran? Well, we'll teleport you there, shall we? But don't expect a light-hearted holiday excursion to another culture, but a real load of suspense. A serial killer is on the loose in Mashad, Iran's second largest city.

The holy spider "with the approval of God" kills prostitutes because he considers them unclean and sinful. To track him down, a courageous and too emancipated for traditional Iranian culture reporter from Tehran (actress Zahra Amir Ebrahimi won the Best Actress award at Cannes for this role) takes to the night streets. Inspired by a real case from 2000–2001, the film is as much a first-class thriller as it is an appeal against religious fanaticism. 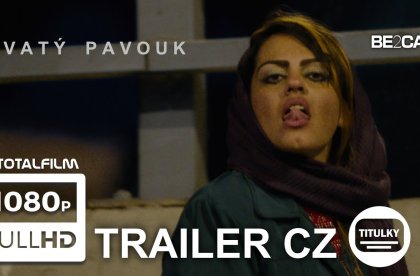 Holy Spider
HD trailer
Totalfilm.cz
Share the joy of a great programme with others