Enjoy Tony Manero in bell-bottom pants, making his disco dreams come true on a Brooklyn dance floor with a girl in his arms. It's sweet, it's glittery, but it's also properly energized!

The 1977 American musical film, directed by John Badham, made millions of people go crazy, not only with the performances of John Travolta and Karen Lynn Gorney, but especially with the music of the British band the Bee Gees, who won a Grammy for this work. It kicked off a long-running disco craze, right-wing rockers were tearing their hair out, and we're all smiles today. You'll love this dose of nostalgia in an exclusive big screen package! 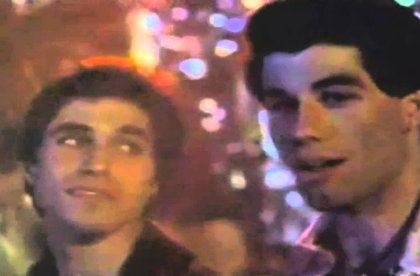