A special 16mm film screening will show you the footage of Queen's first stadium concert behind the Iron Curtain. Teleport to 1986, dancing and singing with Freddie is also allowed.

With a wink of the eye, Hungary was then something of a little West, and so it could happen: Freddie Mercury, Brian May, Roger Taylor and John Deacon faced 80,000 spectators at the Nepstadion, and there were no tickets for thousands more. But that's not what the film is about. It's about the riveting atmosphere and performances, including behind-the-scenes glimpses, and the rockers' walk through Budapest. 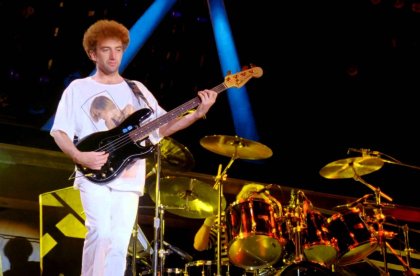